What Is “Time Theft” And How Does It Happen

What’s one of the most valuable, limited resources that companies have? If you think the answer is time, you’re correct. Time theft is a challenge for many companies, and if not dealt with it can result in loss of profit and business instability. Here’s what time theft refers to and how time theft occurs.

What Is Time Theft?

Time theft is a term referring to people who are getting paid for work that they haven’t done. The term could also refer to getting paid for a certain period of time during which an employee was not at work. The simplest example of time theft is wasting time on social media or non-work related websites. This is a very basic example of time theft but things can get much more serious than that.

Time theft is not a problem confided to a certain group of workers or a certain industry. According to one study, time theft in the US is costing companies more than 400 billion dollars in productivity losses. According to the American Payroll Association, the average worker steals about four hours and five minutes per week. At the same time, 75 percent of thieves (who steal time, intellectual property or products) will never get caught.

Time theft can occur in a number of different ways. Buddy punching is one of the most common possibilities. As the name suggests, one employee will punch for another (using a swipe card or another form of personal identification). In this case, an employee will be getting paid for hours that aren’t spent at the office.

Rounding down minutes to the end of the day is another simple time theft practice. While it may seem innocent when occurring every now and then, rounding down minutes can contribute to serious productivity losses when it becomes a chronic occurrence.

Other forms of time theft include: taking long work breaks, lunches that last more than an hour, spending too much socializing with coworkers, dedicating a lot of time to personal phone calls, wasting time on the Internet and even napping on the job.

Why Do Employees Engage in Time Theft?

In order to address the issue, it’s very important to figure out why employees engage in time theft. There could be several contributing factors. Salary.com has taken an extensive look at the reasons why workers waste time. The top answer in the survey was the lack of challenge. Thirty-four percent of questioned workers said they wasted time due to the lack of professional challenges. The same number of people (34 percent) reported that they work very long hours.

The third most common reason for time theft is the lack of incentive for working hard, which has been cited by 32 percent of survey respondents. Other common causes of time theft include being completely dissatisfied with one’s work (30 percent), being bored (23 percent) and receiving a low wage (18 percent).

All these factors contribute to lack of productivity and can add up to serious financial losses. Tackling time theft is heavily dependent on boosting employee motivation and making sure that people have the right incentives to deliver their best performance every single day. 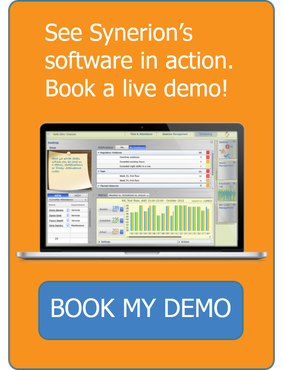 How to Prevent Time Theft in the Workplace

Time theft in the workplace costs U.S. employers droves of dollars in lost costs annually and...

How to Prevent Time Theft In The Workplace

Employee time theft is a major problem for businesses of all shapes and sizes. From flubbing their...

Save Costs With Online Time And Attendance Tracking

Time theft has been a problem ever since the first business opened its doors. Companies with 50...