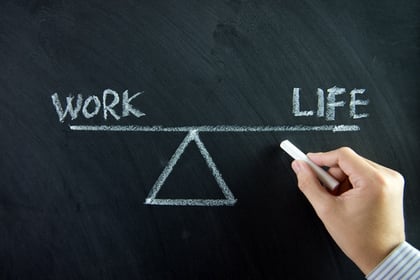 There’s a sweet spot when it comes to productivity, a number of hours where employees feel engaged through the shift and leave before that productivity starts to falter due to physical exhaustion and mental fatigue. In fact, it’s been shown that employees who work 60 hours a week are actually two-thirds less productive than their 40 hours per week counterparts. Still, many companies insist on overtime, long hours, and little rest in the name of productivity. The question of whether reducing your staffs' hours could actually improve productivity isn't as far-fetched as it sounds. In fact, reducing staff hours could launch your business' success.

The Genesis of the 40-Hour Work Week

It was Henry Ford who anecdotally found that employees created more mistakes than they fixed when working the then-standard 10-16 hour workday. When employees were asked to work 8 hours a day with two days off, they returned to work better rested and with more creativity, resulting in less mistakes and more workflow optimization. This figure took hold in American businesses and despite moving away from an industrial-based business world, the 40 hour work week continues to be the norm in today's society.

Many countries, such as Denmark and Germany, have moved beyond the traditional 40 hour work week, dropping to 36 hours a week or less while continuing to see their economies flourish. Reducing employee hours has saved these businesses' in more ways than initially suspected, such as money saved by reduced utility bills and better employee health. The introduction of mandatory leave in every industrialized country outside of the United States has also yielded positive results for employee morale and stress. For industries that operate around the clock, shorter days allow higher employment rates and better distribution of job duties with lower levels of employee reported stress. With countries like Sweden taking this one step further into six hour workdays, the data points to shorter days producing better work and benefiting employees in terms of health and stress.

Parkinson's Law states that work expands or retracts to fit the time given to it. When employees are told to work eight hours, they ensure their job duties fill those eight hours. If the day was switched to ten hours or six hours, that same amount of work would be done. Some industries, such as those in tech, have realized that output is more important than hours spent at the job and allowed employees to simply work until the job is done. These employees report higher productivity as well as job satisfaction. Today's millennial workers have embraced this flexibility and employers who offer flexible hours or salary-based positions that require output over time in the workplace are often preferred to the standard 40 hour a week desk job.

How Reducing Hours Increases Satisfaction for Everyone

Ultimately, the choice to reduce hours has to be approached as a mutually beneficial decision. Employees gain needed hours with their families and time to recharge while employers gain total focus from their employees during working hours and reduced expenses from supplies, utilities, and payroll. Internationally, reduced work hours are linked to a more motivated and productive workforce that could be applied to the United States. An added benefit to companies outside the tech world is that shorter hours attracts higher-quality candidates for positions that yield better work and more productivity ideas.

While the United States lags behind its international counterparts in valuing employee work-life balance, reducing your company's work week could help not only control costs but increase the productivity and satisfaction of your workers.